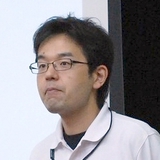 My research interest lies in the field of systems neuroscience, particularly in the functional relationship between visual perception and neuron activity in the cerebral cortex. The goal of my research is understanding neuronal processes that mediate color perception and object recognition. I have been conducting behavioral and physiological experiments with trained monkeys to perform cognitive tasks. Human psychophysics is also carried out to support correlative evidence between animal behavior and human perception. 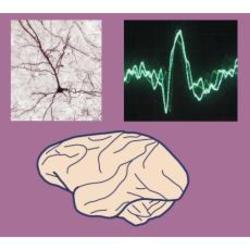 Neurons, spiking activities of neuron and shcematic illustration of the cortex of monkey.

Color is a premier model system for understanding how visual information is processed by neural circuits. Both the physical stimulus for color and the perceptual output experienced as color are quite well characterized, but the neural mechanisms that underlie the transformation from stimulus to perception are incompletely understood.

I am focusing on the inferior temporal cortex (ITC), where many neurons response to visual stimuli as highly selective and sophisticated manner. I found a patch organization of color selective cells in the ITC where clusters of neurons showed strong and fine color responses. To understand higher visual function taking place in the ITC such as effect of task demands, memory and utility, color response in the patch could become a useful target area for single unit recording and electrical microstimulation.

Human psychophysics is carried out to find out new phenomena, visual illusion and critical feature of visual stimuli. Psychophysical measurement is important to supports correlative evidence between animal behavior and human perception. 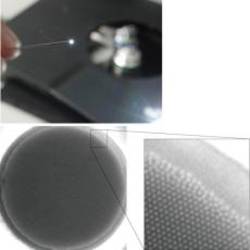 Picture of a micro-imaging probe with a high density optical fibers.

EIIRIS have a strong advantage for the development of sensing device such as high density electrode with smart electrical circuits and optical devices. The electrode using Vapor-Liquid-Solid techniques (also known as Toyohashi-probe) is now in trial for effective physiological experiments. An optical imaging system using bundle fibers enable us to monitor functional architecture of deep brain. We debelop these techniques using animalas such as mice, rats, and monkeys. 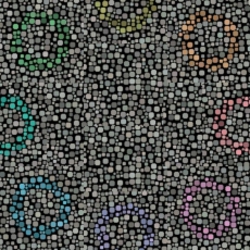 Our research groug have found dichromatic macacues a deacade ago, and examined their color vision by genetics (Onishi, et al. 1999), electroretinography (Hanazawa, et al. 2000), and behavioral color discrimination perfromance (Koida, et al. 2013). Futher reseach such as physiological recording in the brain would be expected.