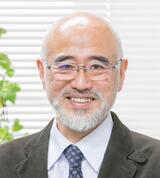 Saburo Tanaka received his B.E. and M.E. from Toyohashi University of Technology in 1981, and 1983, respectively. He received his Doctoral Degree in engineering from Osaka University in 1991. Since 1987 he has been involved in the research of high-temperature superconductors at Sumitomo Electric Itami Research Lab. He was engaged in the development of multichannel high-Tc SQUID systems at the Superconducting Sensor Laboratory from 1991 to 1995. He was a visiting research associate at the Department of Physics, University of California at Berkeley from 1996 to 1997. Currently, he is a professor and a director of the Research Center for Future Technology at Toyohashi University of Technology.
One of my main interests is in the applications of Superconducting Quantum Interference Devices (SQUIDs). The applications include the contaminant detection system in food, the DNA probing system and the nondestructive evaluations system.