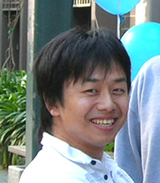 Very fine needle-electrode arrays potentially offer both low invasiveness and high spatial resolution of electrophysiological neuronal recordings in vivo. We have developed silicon-growth-based three-dimensional microscale-diameter needle-electrodes arrays. The fabricated needles exhibit a 3-μm-diameter tip and a 210-μm length. Due to the microscale diameter, our silicon needles are more flexible than other microfabricated silicon needles with larger diameters. The needles can penetrate into the whisker barrel area of a rat’s cerebral cortex, and detect the neuronal action potentials. Compared to conventional electrodes with large needle diameters (~100 μm), the clear advantage is that our device with microscale diameter needles reduces the kill zone for neural recordings. Moreover, the fabrication technology can be applicable to realize numerous devices including microtube for drug delivery and optical fiber for optogenetic applications, enhancing the performance of microdevices in fundamental neuroscience and medical applications.

Nanoscale devices have the potential to measure biological tissues as well as individual cells/neurons. However, three-dimensional (3D) multi-site probing remains problematic because only planar-type device designs are applicable to sample surfaces. We have developed 3D nanoscale electrode tipped microwire arrays with high aspect ratios. As a promising device application, we have demonstrated the trapping of nanoparticles and the particle injection into a soft material, demonstrating a multi-site wide-area batch depth injection. Such nanotip wire arrays should be applicable to trap numerous particles, including DNA/molecules, and may realize injection into biological tissues and individual cells/neurons. We are also currently developing nanoscale probe-electrode arrays for multi-site intracellular recordings within a tissue.

We have shown both gas pressure and species sensing capabilities based on the electrothermal effect of a multi-walled carbon nanotube (MWCNT). Upon exposure to gaseous environments, the resistance of a heated MWCNT is found to change following the conductive heat transfer variances of gas molecules. To realize this mechanism, a suspended MWCNT is constructed by synthesis and assembly in localized chemical vapor deposition. Vacuum pressure sensitivity and gas species differentiability are observed and analyzed. Such MWCNT electrothermal sensors are compact, fast and reversible in responses, and fully integratable with microelectronics (UC Berkeley Prof. Lin).