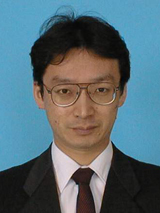 In our laboratory, the following research subjects are investigated by using our developed ab-initio molecular simulations.
(1) Elucidation of the DNA transcription mechanism controlled by lactose-repressor protein and catabolite activator protein
(2) Design of new medicines inhibiting cancer metastasis based on the quantum mechanical calculations
(3) Elucidation of the attacking mechanism of radicals to DNA duplex by the first-principle density functional calculations
(4) Design of new medicines for Alzheimer's disease blocking aggregation of amyloid-beta proteins
(5) In silico drug design for treating many kinds of diseases based on ab initio molecular simulations

To elucidate the influence of solvating water molecules on the attacking mechanism of OH-radical to DNA base pairs (G–C and A–T), we investigated the reaction mechanism in water, by the use of the density functional theory (DFT) calculations by considering water molecules explicitly. The results reveal that OH-radical is stabilized near the NH2 group of cytosine of G–C by the water molecules hydrogen bonded to the OH-radical and that 2.5 kcal/mol activation free energy is needed for extracting the hydrogen atom from the NH2 group. On the other hand, OH-radical prefers to extract the hydrogen atom from the NH2 group of adenine in the solvated A–T. As for the tautomeric reaction of the base pair attacked by OH-radical, we found the transition state for the reaction from A to T to its tautomeric form A*–T*, although the activation free energy is rather large (25 kcal/mol). By contrast, in the G–C attacked by OH-radical, one central proton can move freely from G to C, resulting in the tautomeric form G*–C*. Therefore, our DFT calculations in explicit water molecules elucidate the possibility that the attacking of OH-radical to G–C causes its tautomeric form G*–C*, while A–T attacked by OH-radical cannot transform into its A*–T* form in a normal condition. This finding will be useful for predicting the effect of OH radical on the genetic information recorded in DNA base sequences.

A variety of proteases play important roles in cancer invasion and metastasis. Among these proteases, urokinase-type plasminogen activator (uPA) is particularly important, since its specific binding to the receptor (uPAR) existing on the surface of a cancer cell is considered to be a trigger for cancer invasion. It is thus expected that the blocking of the binding can inhibit cancer invasion in the cancer patients and improve their prognosis dramatically. To develop a potent inhibitor for the binding, many types of peptides of amino acids were produced and their effect on the cancer invasion was investigated in the previous biochemical experiments. On the other hand, our previous ab initio molecular simulations have clarified that some amino acid residues of uPA play important roles in the specific binding between uPA and uPAR. In the present study, we propose some peptides composed of these important residues and investigate the specific interactions and the binding affinity between uPAR and the peptides at an electronic level, using ab initiomolecular simulations. Base on the results simulated, we elucidate which peptide can bind more strongly to uPAR and propose a novel potent peptide which can inhibit the binding between uPAR and uPA efficiently.