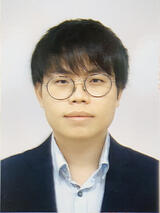 Ubiquitous, photoactive, metal oxide (MO) thin film semiconductors prepared by electrochemical means possess the most promising attributes for being low-cost candidates in future applications in the field of photovoltaics (PV) and photoelectrochemical (PEC) water splitting. Advantages of such thin film MOs are scalability, ease of morphology control and abundance, which will ultimately contribute to achieving grid parity. Our research group is focused on the fundamental studies and electrochemistry science of earth-abundant MOs, especially Zinc Oxide (ZnO), Cuprous Oxide (Cu2O), and Cupric Oxide (CuO) in the applications of PV and PEC devices. 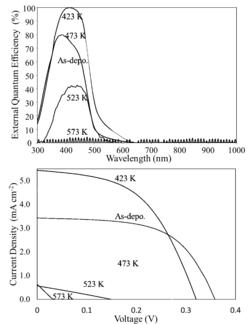 Figure 1. The effect on the EQE and I-V characteristics of n-ZnO/p-Cu2O photovoltaic devices under different annealing temperatures

The theoretical power conversion efficiency of Cu2O with the bandgap energy of 2.1 eV is approximately 20%, but current developments showed that the efficiency has left much to be desired. Our group investigates the limiting factors of such PVs, based on solid state physics.
Based on established technology of electrochemical fabrication of n-ZnO/p-Cu2O in this laboratory, annealing was proposed as a performance improvement method to lessen carrier scattering defects in the light-absorbing layer. Promising results were attained with a 20% increase in maximum external quantum efficiency (EQE) under optimum annealing temperature of 423 K, which corresponded to a dramatic improvement in charge collection.[1] The mechanism was also elucidated which was evidenced by Hall measurement, showing an increase in carrier mobility due to decreased scattering defects. Also, by combining Cu2O and CuO via rapid thermal annealing of electrochemically prepared Cu2O, a light-absorbing layer with different bandgap energies was formed and the absorption edge of the photoactive layer was successfully extended which displayed an augmented EQE range.[2]
A further improvement for charge collection for wavelengths around 500 nm is being attempted by introducing nano-patterning during electrochemical preparation to further enhance the optical and electrical characteristics of the heterojunction.

While inclusion of multiple bandgap energies in the light-absorbing layer can be achieved by thermal oxidation of the electrochemically-prepared Cu2O films creating Cu2O/CuO photoactive layers, our group have recently reported the successful fabrication of both Cu2O and CuO layers from a single aqueous solution by controlling the deposition potentials.[1] This new method may solve many complications faced in thermal oxidation such as avoiding formation of nanopores and defects, and open doors to fabrication of various composite copper oxide layers which were impossible until now. Our group is currently investigating the various possibilities enabled by this novel technique in PV and PEC water splitting applications.