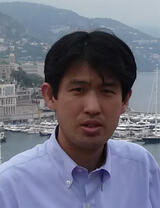 The size of the devices have been reduced to nano-meter scale to meet the requirement using "nanotechnology". Optical near-field (ONF) has made it possible to reduce the size of photonic devices to the sub-wavelength scale or smaller. For further development of the photonics we are interested in the use of the unique properties of ONF, which are originated from the non-uniformity of the electric and/or magnetic field in nano-scale. Using the ONF, we realized unconventional photo-reaction, resulting the nano-scale device and sub-nanometer scale fabrication process.

We developed near-field etching technique which can realize ultra-flat surface. This technique can realize drastic improvement of the performance of opto-electronic device, including magnetic-filed sensor with high sensitivity using diamond quantum sensors 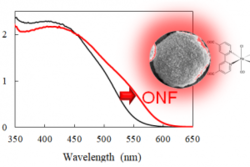 We have developed a method to achieve the red-shift of the absorption spectra of the materials using the optical near-field (ONF) effect. This can help reduce the photon energies required for completing chemical reactions in a wide range of applications such as CO2 reduction, water splitting, etc.