On January 21st, we held the Toyohashi Tech Symposium: A challenge toward the future - stand on the next stage - at the My Plaza hall in Tokyo Marunouchi.

The symposium was held as a part of the Ministry of Education, Culture, Sports, Science and Technology's "Program for Promoting the Enhancement of Research Universities," and approximately 260 people, mainly those affiliated with companies or research institutes, attended.

In the opening remarks, Vice President Makoto Ishida gave the sponsor's greeting, and Mr. Toshiyuki Suzuki of the Ministry of Education, Culture, Sports, Science and Technology gave the guests' greeting.

In the first part, titled "The Integrated Research of Different Fields and Minimal Fabrication", Dr. Shiro Hara (National Institute of Advanced Industrial Science and Technology) gave an invited lecture. Following this, there were 4 presentations on our university's research results. All presentations captivated their audience.

After the conclusion of the first part, combined with a lunch break, a poster session and demonstration were conducted in the foyer. There were many questions from the participants and opinions were actively exchanged.

In the second part titled "The Future of Artificial Intelligence: Will machines have consciousness?" that started after a sponsor's greeting from President Onishi, 2 invited lectures were conducted: one by Dr. Shinsuke Shimojo (professor at the California Institute of Technology) and one by Dr. Hitoshi Matsubara (professor at the Future University Hakodate).
In the panel discussion during the latter half of the second part, Dr. Shinsuke Shimojo, Dr. Hitoshi Matsubara, and Dr. Hideyuki Takahashi (a specially appointed substitute teacher at the Osaka University), and our university's Professor Shigeki Nakauchi had a passionate discussion.

An information exchange meeting was conducted after the closing of the symposium, and all the participants were able to enjoy a pleasant chat in an amiable atmosphere. 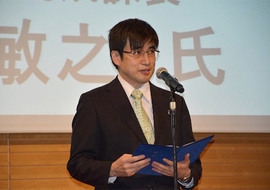 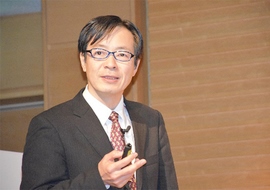 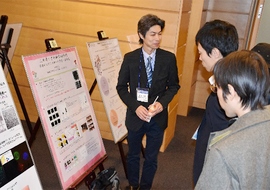 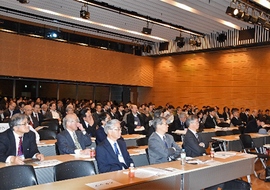 My Plaza hall in Marunouchi 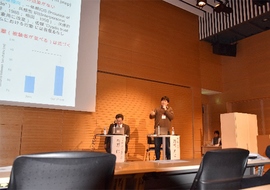 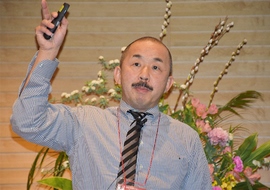 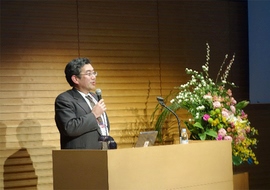 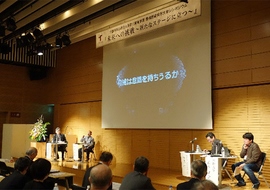