Humans can empathize with robots

Neurophysiological evidence for human empathy toward robots in perceived pain 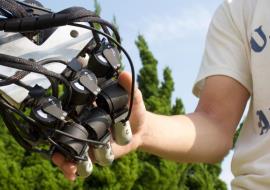 Toyohashi Tech researchers in cooperation with researchers at Kyoto University have presented the first neurophysiological evidence of humans' ability to empathize with a robot in perceived pain. Event-related brain potentials in human observers, reflecting empathy with humanoid robots in perceived pain, were similar to those for other humans in pain, except at the beginning of the top-down process of empathy. This difference may be caused by humans' inability in taking a robot's perspective.