The Lomonosov Moscow State University is the oldest and the biggest prestigious university in Russia with approximately 1,000 facilities standing in a row on a vast land of 1 million square meters. With accomplishments in the natural science department being especially high, it is a worldwide famous university that produced over 10 Nobel Prize winners in the past. Our university concluded an exchange agreement with the university in December 2012.

We hope that this courtesy visit became a good opportunity to advance exchanges on education and research of the two universities. 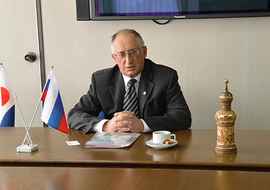 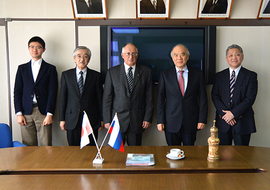