After the Minister received an explanation on "weak robots" from Professor Michio Okada, Director of the Center for Human-Robot Symbiosis Research, he inspected a trash can robot and iBones. Minister Hayashi appeared to have a strong interest in next-generation robotics research that aims to establish communication with humans and form social relationships.

Minister Hayashi was accompanied by Yukinori Nemoto, member of the House of Representatives, and Koichi Sahara, Mayor of Toyohashi City. 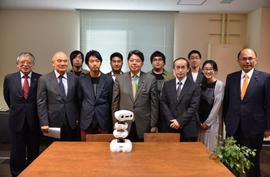 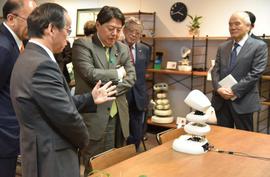 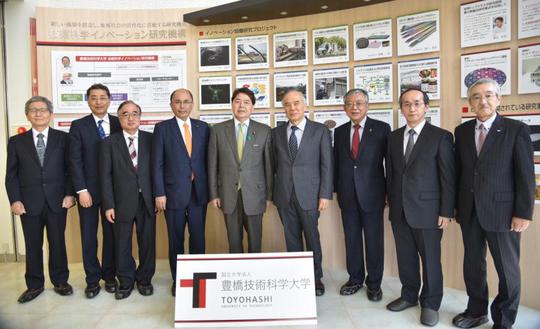 At the Electronics-Inspired Interdisciplinary Research Institute