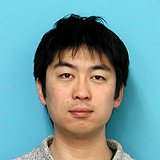 Silicon (Si) is the base of a semiconductor integrated circuit (LSI), and is used for various electronic devices, such as a sensor and various signal-processing circuits.
If an insulating thin film with a high dielectric constant is producible with sufficient crystallinity on Si substrates, it not only can use as an insulating film instead of SiO2, but it can form material with various functions on the Si substrates, and it will become possible to add a new function and value to Si-LSI.
In this theme, I investigate quality improvement of γ-Al2O3 thin film as an insulating crystal thin film.