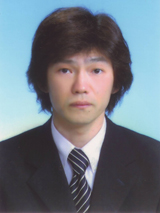 The immune system is a body defense system composed of lymphocyte species such as T,B-lymphocytes and antibodies, and it equips intellectual functions as memorizing antigens infected once. However the system also has a knife-edged aspect that with few exceptions it attacks a "self" part that it should protect in nature. This fact brings us a central but unsolved question of "what foreign substances for the immune system are".
Nowadays, on a genetic or molecular level, understanding of pathogenic mechanisms of immune diseases and expression mechanisms of immune functions is being advanced. I am addressing elucidation of these mechanisms from a meta-viewpoint (focusing on dynamical stable states such as a fixed point, periodic or chaotic motions) by considering the immune system as a non-linear dynamical system.
My current research discusses the following two topics:
1) A stability mechanism of an immune memory.
2) An appearance mechanism of HIV-1 drug resistance induced by reverse transcriptase inhibitors.